The legal business for your business… 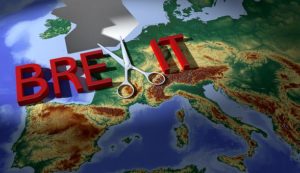 It’s difficult to write a blog post about the implications for commercial contracts after Brexit because at this stage no one knows what Brexit is going to look like. However, working on the theory that a no-deal is looking increasingly likely, this blog post is going to be the first of a series outlining some of the key issues which will affect SMEs should the UK leave the EU on 29th March with no deal in place.

Research from the Federation of Small Businesses shows that although almost half of small businesses (48%) believe a no-deal Brexit will have a negative effect on their business, this figure rises to 66% for those small businesses that trade with the EU. For SMEs there is very little guidance on how to prepare for a no deal Brexit. I’m going to attempt (and quite possibly fail) to write this post without being overtly political but this does seem to be a bit of an oversight on the government’s part. The aim of this post and the ones that follow it are to shed some light on the potential issues and assist you to start planning for no-deal Brexit. In the event that the vote on Tuesday 15th January results in the acceptance of the deal brokered by Theresa May then I’ll amend this post and tailor the subsequent ones to reflect the deal agreed.

I’m going to highlight the key ones which we have identified here. There may be others that apply to your business due to sector-specific rules (e.g. if you’re in food and farming there are specific rules which have already been announced), where you trade (e.g. things are likely to be more complex if you’re based in or trade heavily with Northern Ireland) or which we’ve simply not thought of yet.

Sticking only to the commercial law implications and not being drawn into anything vaguely political we’ve identified the following as possible pluses to a no-deal Brexit (however no guarantees are made that these will materialise): 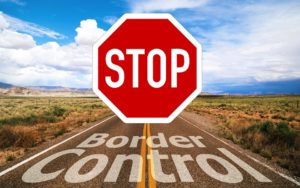 If you’ve read this and have now got your head in your hands fearing the worst, I recommend a good strong cup of tea before you read this next bit. There are things you can do but you need to get on with them straightaway. In many ways all of the uncertainty about whether there’ll be a deal and what it’ll look like is just a distraction and businesses need to plan for the worst case (i.e. no-deal) even if you continue to hope for the best. We recommend that you take the following steps as soon as possible:

If you’d like to discuss anything in this blog post, please do give us a call. We’re happy to talk things through with you and help you plan a strategy for dealing with Brexit.

Thanks for taking the time to read this.

With thanks to our associate Richard Jennings from RDY Jennings Law: http://www.jenningslaw.co.uk/